Hello, My name is Adam and today I will teach you about a life problem that will might end the world. 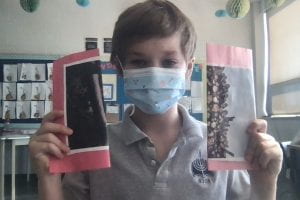 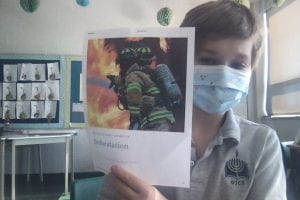 Deforestation means cutting or clearing down forests, people use the land/wood to make paper or land. Also palm oil is the cutting of palm trees and the people that harvest the oil sell it for money and they kill over 300 trees an hour.

Deforestation has made the world lose more than 40% of land in the world. About a year ago there was 75% of the world that was covered with land. Then after the years people have burned and slashed down trees, Just to have land and get more money.

Deforestation, also known as Slash and Burn. Has killed animals, burned rainforests and built land. We have positives and negatives of deforestation. Negatives: In around 100 years we may never have anymore rainforests, And we may not have any wild animals. Positives: We have more land, more farms, and more areas to Drive.

Today we have only 33% of wilderness left in the world. In farms those animals go to the locations that were cut down. Such as cows, chicken, and also home pets. Furthermore we have to avoid destroying the wilderness.

Logging is cutting down trees. “When any part of the forest is cut down it hurts in the heart”. Quote by Harrison Ford.

Why do people Slash and Burn? They Slash and Burn because according to them they think their lives are worth killing animals and destroying rainforests to get money and land.

Deforested land usually has a building in about 1-2 years of building a house/cottage/building in the middle of an old rainforest that was cut down.

Deforestation has 2 versions of matter gas and solid. Gas, Because the trucks that come to cut the forest and the factories that have gas of pollution.

Solid, Because the trees that get cut down and the trucks and the grass and the animals and more. Which is why we have to stop using Gas, Which helps break the Ozone Layer So we should stop Logging.

I really enjoyed making this project about matter because we could choose our own topic, our own style of ideas and mainly our own way.Thank you for reading my post about deforestation.